what is school bullying and what are the legal consequences of bullying a Child in School?

Pictures of anxiety, depression, and social withdrawal, among others, are signs that show that a minor is suffering from bullying, a problem that has criminal and civil consequences that we cannot ignore.

School bullying is defined as any form of psychological, verbal, or physical abuse produced between schoolchildren repeatedly, both in the classroom and outside it. This is a problem that affects one in three children in classrooms, according to UNESCO.

The psychological consequences of this form of abuse translate into acute anxiety, low self-esteem, social withdrawal, or poor academic performance. If bullying is not treated or stopped in time, in the long run, it becomes a social problem both for those affected and for their immediate environment.

In addition, with the rise and use of social networks, this problem can lead to another called cyberbullying or cyberbullying, whose consequences can trigger tragic events for minors such as suicide or self-harm.

As a result, it is important to be aware of the different types of bullying that a minor can suffer, as well as the legal consequences that it entails when it is reported. 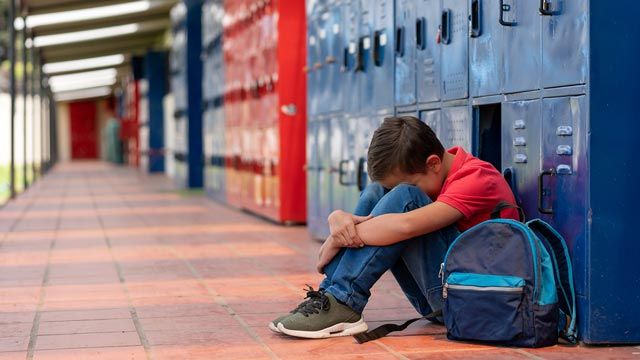 Every May 2, the International Day Against Bullying is celebrated.

Legal consequences of bullying or bullying

Unfortunately, cases of bullying are more frequent than many might think. According to a report published by UNESCO, one in three children suffers from bullying, a fact that has worsened in recent years due to the excessive use of social networks.

It is necessary to understand that bullying is not an isolated incident, a “children’s fight” as some say, but rather a continuous situation over time in which a child is attacked by another child or by a group of children through insults, threats, blackmail, social exclusion, or even physical violence against him or his things.

On the other hand, the rise of the Internet and social networks has given rise to a variety of bullying with its own name, which is added to bullying in the school: cyberbullying or cyberbullying, which is school bullying carried out by telematic means ( comments insulting or malicious in social networks, text messages, Whatsapp messages…).

In fact, cyberbullying can exponentially increase the harm to the child, who can’t count on the relief of coming home to be free from the bullies.

Through the network, bullying has no timetable and can continue day and night. With the aggravating circumstance that this medium allows the contents or comments that the bullies upload, to be shared and disseminated with great ease, sometimes reaching the entire class… or the entire school if they so wish.

The most devastating consequences of this type of abuse are the fact of causing indelible wounds in the victim or even promoting suicide.

Therefore, it is essential that parents, guardians, as well as teachers, know how to detect it and stop it in time. This is something serious that deserves all your attention and help.

A boy or girl who suffers from bullying will be prone to acute anxiety and depression disorders.

Bullying and its legislation

However, what is the legal consequences of bullying? This is what the experts say: “We must bear in mind that if the harassing child is fourteen years old or older, he is criminally responsible, so a criminal complaint can be filed against him before the Security Forces and Bodies or directly before the Court of Justice. Instruction or Prosecutor’s Office for Minors if there is in your locality”, indicate the specialists.

In accordance with the provisions of the Penal Code, acts that involve degrading treatment with serious impairment of moral integrity, as well as repeated hostile or humiliating acts that involve serious harassment against the victim, will be considered a crime.

In less serious cases, it would be a minor offense of humiliation or insult, which would only have significance in criminal proceedings in the event that between the accused and the victim there was a present or past effective relationship (boyfriends, ex-boyfriends…) or kinship.

ALSO READ  Everything you should know about homeschooling

And if the minor harassers were not yet fourteen years old, in that case, they are not criminally imputable and cannot be tried criminally before a Juvenile Judge. It would only be possible to claim compensation for damages from parents for the illegal acts committed by their children.

Of course, the possibility of claiming compensation from the minor’s parents is also open to those over 14 years of age, since the parents are subsidiary civilly liable for the damages caused by their minor children.

According to data from Bullying without Borders, in the 2021/22 academic year more than 11,200 cases of bullying were detected, 20% more than the previous year.

How to know if a child is being bullied

Parents, guardians, and teachers must be attentive to changes in behavior, since it is common for the bullied child not to tell about it openly, out of fear or shame.

These are some of the symptoms that a child shows when he/she suffers from bullying :

60% of children who bully or engage in such behavior will commit a crime before the age of 24.

When the son is the aggressor

On the other hand, although it is difficult for parents to recognize this role in their child, it is also important to be alert to detect behaviors that indicate that a child may be behaving as an aggressor in bullying.

Does your child often get into fights? Do you justify his actions when he behaves violently? Does it matter to them?

Here are some facts that may indicate that a child is a bully or encourages bullying : 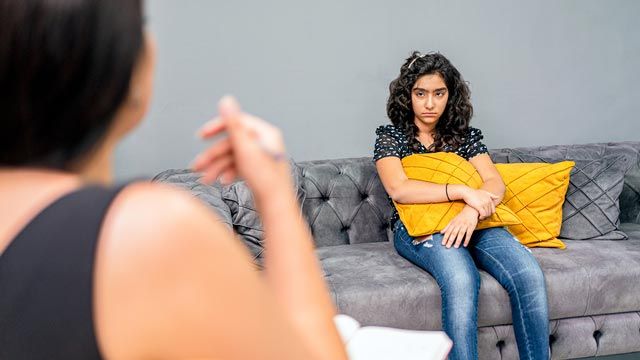 Children between the ages of 7 and 10 are the most exposed to situations of bullying.

In short, knowing how to detect in time when a child is suffering from bullying or when they are the aggressor is vital to put an end to this plague. The educational center must also take responsibility and be alert to any suspicion of bullying and carry out awareness actions aimed at children and teachers.

Likewise, it is highly recommended that the center have an action protocol that is activated upon suspicion that a case of harassment is taking place in the center.