Dark circles under the eyes of children are one of the complications that generally occur in adults for different reasons. In a few cases, we see this complication in children. Now in this article, we will tell you everything about this issue.

How long and at what age does this condition last? Are bruises under the eyes and anemia related to each other in their child, and can it be a sign of deficiency in the child’s body? In the following, we would like to share with you information about dark circles under the eyes of children and how to treat this problem at home. Stay with us. There are many things that cause dark circles in the eyes of children.

In some cases, the formation of black circles around the child’s eyes can be a genetic and family hereditary problem. In such a situation, if the child rubs his eyes or cries, you will see a ring around his eyes.

Lack of enough sleep or sleep disorders in children can cause dark circles around the child’s eyes. Of course, using phones, tablets, and watching TV a lot can tire the eyes and lead to blackness around it. Therefore, it is necessary for the child to have proper and sufficient sleep throughout the day and also to rest his eyes for a long time. 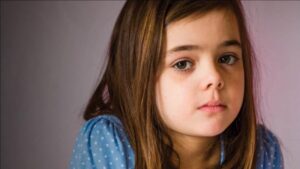 Sometimes you may ask yourself what vitamin deficiency is the blackness under the eyes of children? Vitamin A deficiency in children may lead to blackness around the eyes. To prevent this in his diet, use vegetables such as broccoli, spinach, and carrots, and of course different fruits and liver.

ALSO READ  The Benefits of Teaching Children the Value of Teamwork

In some cases, bruising under the eyes and anemia are also related. When iron-containing foods are not used in the child’s diet, his body faces a lack of iron and eventually the child suffers from anemia, which causes the blood vessels in the delicate parts of his skin to darken.

Another cause of blackness around children’s eyes is their exposure to the sun. Due to the sensitive and delicate skin of children, if they stay under the sun for a long time, their bodies produce more melanin, which causes bruises in the more sensitive parts of their skin.

6- Asthma, sensitivity, allergy, and blackness around the child’s eyes

Having different sensitivities and also having asthma can cause blockage or narrowing of the tubes that lead the air to the lungs and take it out from there, thus causing pressure on the blood vessels. In areas such as around the eyes, which have thinner skin, swollen vessels and blood clots occur.

8- Injury and blackness under children’s eyes

It is possible that the child had an accident while playing and thus his face was damaged. A skin and hair doctor can help you in such situations.

Dehydration of the child’s body causes such a complication. Therefore, it is necessary for children, due to their high mobility, to consume enough water during the day so that their bodies do not suffer from dehydration.

ALSO READ  6 Tips to help with managing stress in children

Treatment of hollows under the eyes of children

Generally, bruises around the eyes fade over time and do not need treatment in most cases. In very few cases, with a small change in the children’s lifestyle, this complication can be destroyed, which we mention below as a few examples:

Treatment of bruises under the eyes of children

If the complication is caused by allergies in children, try to remove the causes and causes of allergy, treatment, and also remove allergens from the child’s life to help remove the blackness around his eyes.

A suitable diet that contains all kinds of vitamins and nutrients needed by the body can help us in solving this problem. A very important point that you should consider is that the use of salty foods can also cause this complication, so remove salty foods from your child’s diet. 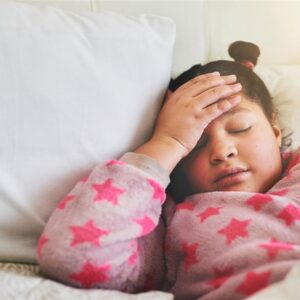 Make sure that the child rests for the necessary and sufficient time during the day and night.

In addition to the things we said above, you can use herbal medicines at home to treat dark circles and dimples under children’s eyes. For example, apply coconut oil, arnica, or olive oil on the skin around your child’s eyes and gently massage the area for a short time so that enough moisture reaches your child’s skin and blackness and bruises around the eyes are reduced.

ALSO READ  The Benefits of Teaching Children the Value of Teamwork

Some important and basic questions

Frequently asked questions about children’s dark circles around the eyes arise for parents, some of which we will tell you below:

1. Does the black eye affect the child’s vision?

No, blackness around the eyes is usually a temporary complication and does not pose any danger to the child’s eyes. But sometimes and in very few cases, this bruise may be a big problem that is accompanied by many symptoms, so in these cases, you should contact the pediatrician and ask him for advice.

2. When is the time to see a doctor for bruises under a child’s eyes?

If the blackness and dimples under the children’s eyes remain for a long time and you see other symptoms such as paleness, fatigue, high heart rate, and cold hands and feet in the child and other such things in your child, it is better for him to show the doctor immediately.

3. What is the cause of blackness and bruises in an eight-month-old baby?

The complication of bruising under the eyes can also occur in eight-month-old babies, and in most cases, it is caused by things such as eye infection in a child, lack of oxygen in the child’s blood, lack of sleep in children, parasites, and infections of the digestive tract in a child, lack of iron and mineral salts, etc. It is recommended to see a pediatrician for treatment.